The Cthulhu Mythos in Sci-Fi and Fantasy Video Games

November 30, 2016
When I was a sophomore in undergraduate school I wrote a ten page paper on the influence of the Cthulhu mythos on popular culture. Since then I have come to realize that the Cthulhu mythos is such an overwhelming force that affects so many aspects of literature and popular culture it cannot be contained to a mere ten pages. While I no longer have a copy of my sophomore paper, I would like to tackle the subject of the Cthulhu mythos again, this time focusing on a few of my favorite games that fall into the genre of Lovecraftian horror or Cthulhu-inspired Sci-Fi and Fantasy.

In case you're not aware, Cthulhu is a god-monster created by early 20th century author H. P. Lovecraft. Lovecraft created an entirely new mythos revolving around mysterious terrors like Cthulhu, and his works have influenced most modern stories in the sci-fi horror genre. Works of literature, games, and films in this genre are often called Lovecraftian horror, after the man who defined the genre. Genre-forming greats like Dungeons and Dragons and Robert E. Howard (author of Conan the Barbarian) have been heavily influenced by Lovecraft's creations, and thus the genres that these creators influenced have also heavily mirrored aspects of Lovecraft's writing. It makes sense, then, that video games have come to be greatly influenced by the Cthulhu mythos. If you want to know the exact scope of Lovecraft's influence on video games, you need only search for "Cthulhu" in the Steam store to see that there are hundreds of games claiming influence from Lovecraft -- and these are only the most evident PC games available on Steam. The list doesn't even count console-exclusive games.


This article will focus on a few of the most interesting Lovecraftian games I have played, many of which have influenced my life as a gamer and as a literary scholar. First on the list are some of the most well-known games by mega-popular game developer and publisher Bethesda. If you're a major fan of Bethesda, you likely know that Bethesda LOVES Lovecraft. The Elder Scrolls games and the Fallout games are littered with references and influences from Lovecraft's work. I first noticed this trend when I played The Elder Scrolls 3: Morrowind over a decade ago. At first the game seems like a vibrant, exciting open world experience for players of all ages. That perception lasts until the first time you encounter an "Ascended Sleeper" -- a Cthulhu-like monster that quite likely will scare the wits out of your low-level character when you first see one in a dungeon. The name for this creature most likely originates from Cthulhu's position in the story Call of Cthulhu as a sleeping monster found beneath the ocean. The primary antagonist of Morrowind is also heavily influenced by Lovecraftian lore. Said antagonist, Dagoth Ur, is based on Robert E. Howard's Dagoth, who in turn is partially based on Cthulhu and other "old gods" created by Lovecraft. Like Cthulhu, Dagoth Ur originally sleeps under a volcano (rather than the ocean), and rises to spread terror across the land.

The Fallout series is not without numerous references to Lovecraft. These are less evident than the influences found in the Elder Scrolls series, but if you have a basic knowledge of Lovecraft's stories you should be able to spot the references scattered throughout the series. The most obvious reference to Lovecraft is the Dunwich Borers company, which has locations in Fallout 3 and Fallout 4. Dunwich Borers is a play on the title Dunwich Horror, which is a key story in Lovecraft's Cthulhu mythos. When the player enters the Dunwich Borers location in Fallout 4, she is presented with the story of the company that was "mining" the earth as a cover-up for their search for the Lovecraftian creature that they worship. This story is shown through flashbacks and terminal entries. For the full story of the Dunwich Borers in Fallout 4, see the following video.


Another game that draws heavily from Lovecraft is Sunless Sea, a PC game that is based on the browser-based game entitled Fallen London. The tagline for the game is "Lose your mind. Eat your crew. Die." This tagline shows the deep connection that the game has to Lovecraft through its primary themes: sanity/insanity, oceanic exploration, and the unknown. The horror elements of the game require no introduction, as the first few seconds spent playing the game will give most gamers a serious eerie sensation. Like its predecessor, Fallen London, much of Sunless Sea is text-based, but this does not detract from the horror inherent in the story.


A list of Lovecraft-inspired games cannot exist without some mention of Eternal Darkness: Sanity's Requiem. This Gamecube exclusive is a cult classic, though many have not heard of it. Like Sunless Sea, Eternal Darkness revolves around a Lovecraftian view of sanity, but this game takes the theme of insanity further in that it actively tries to make the player feel as though she is going insane. While the game does include standard jump scares and other tactics normal to the horror genre, there are other aspects of the game (I won't spoil them here) that the player does not expect. Nintendo patented the sanity meter present in the game (which is much like a health bar, but measures the player character's sanity) before dropping the game's developers from their payroll, thus preventing any other games from utilizing this feature. 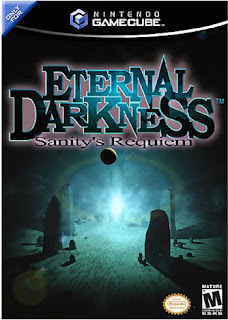 Many other games could merit a mention in this article, but these are a few of the most prominent games in the Lovecraftian horror/sci-fi genre that I have played. Many space-themed games also fit the genre, such as Dead Space and the good and bad games from the Alien/Aliens franchise. Space games are easy to fit into the Lovecraftian horror genre, as Lovecraftian horror hinges on a fear of the unknown, and what is more unknown to modern man than space? All a creator needs to do is add some terrifying aliens, and a Lovecraftian tale has been created almost without even trying. There is also a plethora of table-top games based on Lovecraft; most likely inspired by the mentions of Cthulhu and other Lovecraftian monsters in Dungeons and Dragons. 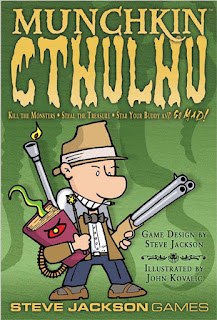 What are your favorite Lovecraftian or Cthulhu-inspired games? Is there a glaringly obvious game that I missed? Did I use the word "Lovecraftian" often enough in this article? Feel free to discuss these and more in the comments!