November 22, 2014
I know, I know. It's Sci-Fi month and I'm writing about a Final Fantasy game. But with all the time travel, futuristic cities, and robots in this game, I just can't see the fantasy through all the science fiction. 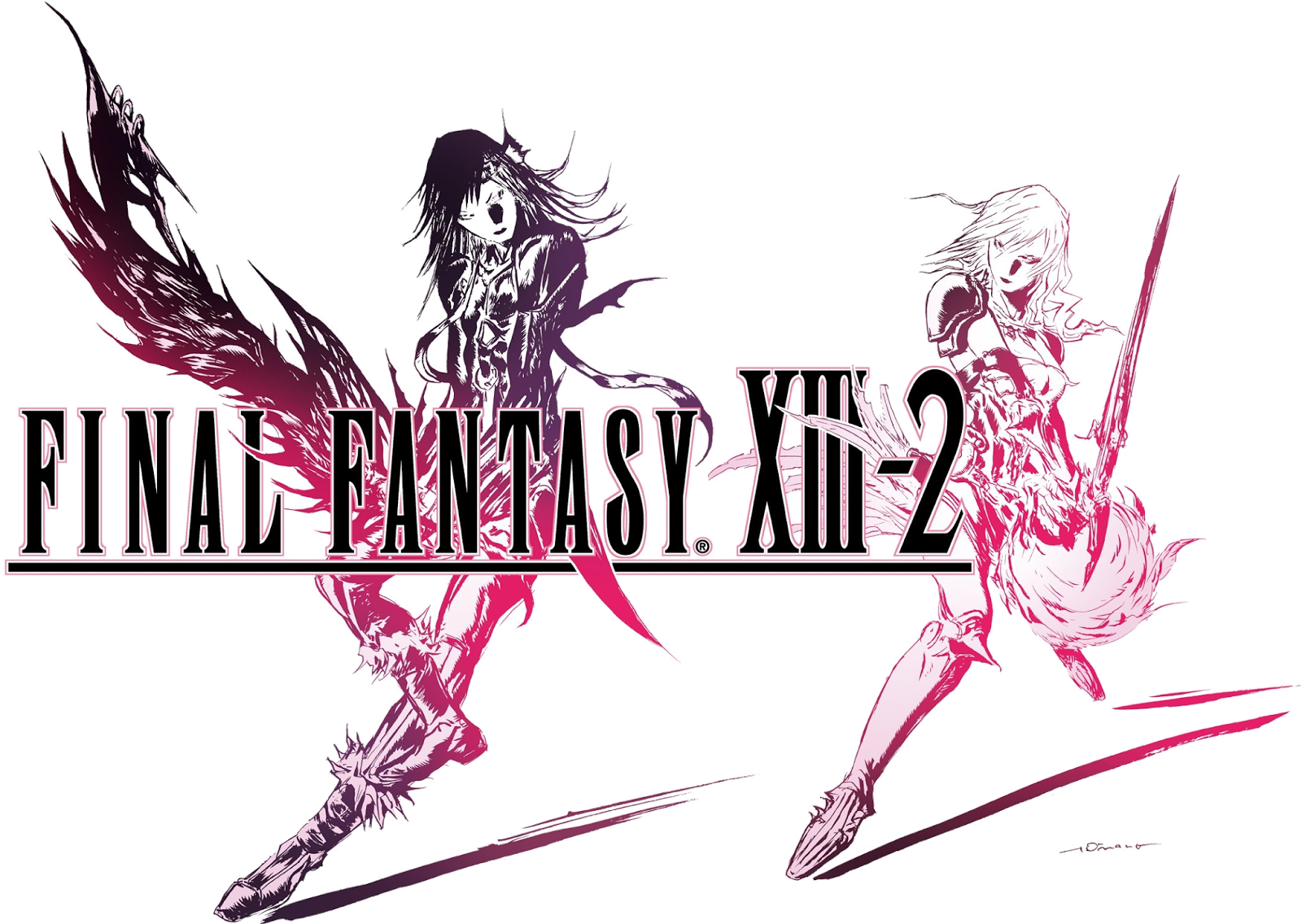 Writing about time travel is difficult, especially if you are not a physicist. I'm going to try to give it a shot. Over the years, a number of works -- both scientific and fictional -- have given us a set of standards to expect when encountering a story that uses time travel as a plot device. Some time travel stories don't give detailed explanations of the mechanics of how time travel works. They just go with it and hope that the audience will suspend their disbelief long enough to watch a silly time travel scene (here's an example appropriate for the holiday season). Other stories do a better job of explaining how their time travel system works. Being a J-RPG (and thus being a very long game), Final Fantasy XIII-2 attempts to explain the time travel that drives the plot (while also trying to be less opaque than its predecessor) in great detail. The avenue through which the protagonists travel through time in this game is called the Historia Crux, and is described by the game's narrator as, "the
crossroads between the Time Gates. It is a separate dimension connecting one age to the next." While this description is wordy and confusing, a playthrough of the game allows the game's audience to see exactly how the timeline is shaped and changed through the creation and fixing of time paradoxes. Below is an image from the game that shows the timeline with all of its paradoxical time periods along with the correct (or fixed) time periods. Each numbered spot is a place in time that the player can visit throughout the journey in the game.

The next image is the selection screen where the player chooses which time and place to visit. 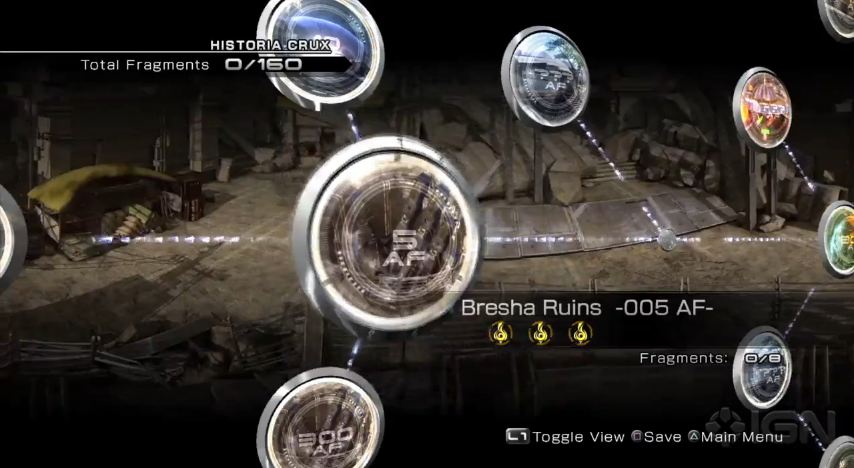 Those familiar with time travel lore and classic '80s movies may feel that the timeline matrix shown above looks a bit familiar. This would be because it follows the theory of alternate timelines explained by Doc Brown in "Back to the Future: Part II".

Where "Back to the Future: Part II" shows merely one alternate timeline, however, Final Fantasy XIII-2 creates numerous alternate times that players will encounter, which can be quite confusing. To try to make the Historia Crux less daunting, different instances of a time the player has already visited are denoted with an X in the numbered part of the year. For instance, if the player has already visited the year 10 AF, an alternate version of that time is listed as 1X AF.
So how can we consider this a contribution to time travel folklore? Up until now, one of the most detailed and well-remembered definitions of time paradoxes in popular science fiction was the one presented by Doc Brown. Final Fantasy XIII-2 takes the same theory and ,provides many more examples, or incidences, to help its audience understand the daunting concept of multiple time dimensions.

As an aside, because this post is a part of Sci-Fi Month, and because I'm sure someone who is reading this is thinking about it, I want to mention the TV show "Stargate: SG-1." Over the course of ten seasons, three movies, and countless spin-offs, this tv show has confused me to the point of extreme frustration when it comes to its creators' take on alternate dimensions and time travel. They couldn't just travel through space: they had to travel through time, as well, and boy did they make a mess out of that. I'm sure someone out there understands that timeline/dimension-line perfectly, but I sure don't. Honorable mention in the hall of time travel confusion goes to both "Star Trek" and "Superman".

For more discussion about time travel theory, watch this clip from the tv show "The Big Bang Theory":

And again, remember that there is one week left to enter the big Sci-Fi Month video game GIVEAWAY! There are only a few entries so far, so you have a good chance of winning a game if you enter now!