November 08, 2014
We did something really cool at my library this semester. Every year, incoming freshmen at Georgia College and State University are assigned a book to read which is chosen for the students' enjoyment, but also for its ability to impart wisdom to unsuspecting college students. Every year in the library, we also host a scavenger hunt that teaches new students about how to use the library. This year, the book that was chosen for the Freshmen to read was Ernest Cline's Ready Player One. 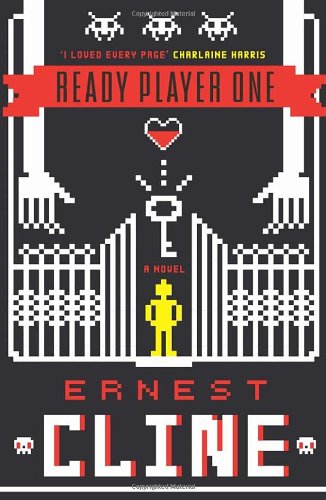 In tandem with the Ready Player One spirit of hunting for clues within a video game (which is essentially an extremely condensed plot of the story -- click the link on the book's title for more information on the book itself), the library's annual scavenger hunt was centered around 8- and 16-bit games from the '80s and '90s. First students had to find clues that taught them about the library and how to use it for their research needs (an example of a clue used is as follows: "In the book Ready Player One, Wade Watts shares a piece of dialogue from a John Hughes movie on page 62. Find the movie in the library. Flip over the DVD. There’s a painting at center in a picture on the back. Give the name of the painting to the Gatekeepers at the print desk as your pass key.") Once a student solved the day's clue, he or she had to take it to the circulation desk. If the student had the correct answer, a special room was unlocked where they would play one round of a game (the game and the clue changed each day of the event) and then record their score on a scoreboard (just like the scoreboard in the book). At the end of the event, all of the scores were tallied and the students with the highest scores were awarded prizes. 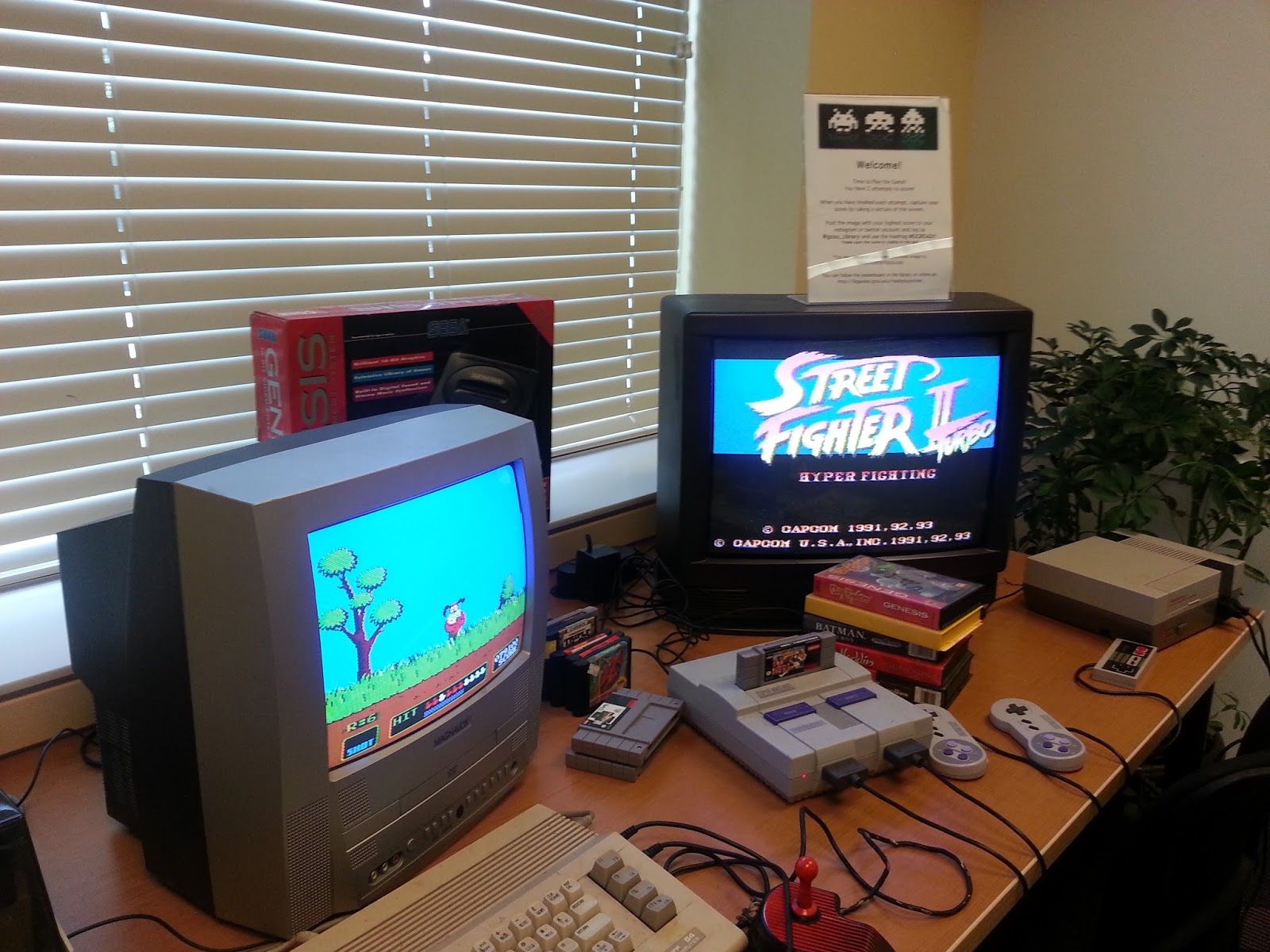 This is an excellent approach to using video games and popular literature as both incentives and actual tools in teaching students how to use their educational resources and succeed in school and in the rest of their lives. Though many people who are unfamiliar with the complexity of video games as a media form would claim that video games have no educational value whatsoever, this event clearly established that video games can easily be incorporated into academic life.

Cline's book was also used as a venue to introduce students to various entertainment choices held within the library's collection. Because the decade of the 1980s is so central to the book's plot, a display of '80s movies was erected in order to introduce students to the vast collection of movies and other media that the library owns. As any literature scholar or bibliophile knows, introducing impressionable young minds to the wonders of the library is always a wonderful thing!

(An aside: don't forget that the GIVEAWAY is still going on until the end of the month!)