December 21, 2014
Today I'm writing about something that was recently said to me, and that struck a funny chord for me. Recently I was at an event in which my entire extended family was in attendance (let's code-name it "Thanksgiving"). Like with many families, my relatives all fell from the same metaphorical tree, but they each landed in a radically different spot in the viewpoint orchard. I can say (hopefully without sounding too immodest) that most of my relatives are pretty smart -- above average IQs, recipients of good to great scholarships in higher education, etc.
And yet, with this general air of intelligence floating throughout the family, my uncle (whose sarcasm button is mildly broken in that you can never tell if he truly means what he is saying), upon seeing my brother and me playing LittleBigPlanet on the PS Vita, commented in a proud tone that his daughter (who was sitting across the table from him) had never played a video game in her life. An argument then ensued when a different cousin (from different parents) commented that he KNEW he had seen the 18-year-old daughter in question play a Pocahontas PC game when she was younger. This drew forth from my uncle the comment that Computer Games are not the same as Video Games. They're Educational (capitalizations intentional). The conversation ended there when more pressing matters were brought to our attention (namely: food).

What disturbs me about this conversation is that even among well-educated and critically-thinking people, the perception that video games are a "bad influence" or "non-educational" runs rampant. Now, I am well aware that this is just a situational inconvenience of our time. We are in one of those important time periods where video games need to be defended and people need to be educated. There has been a time like this for every major form of media, from ancient times up to and including the present day. Bannings and burnings have been an ever present concern for written literature, music, and more contemporary media forms such as film and, of course, video games. Just look at the current Sony Pictures controversy for a relevant example. But the disturbing part is not that a large fraction of the human population has moral problems with specific games. It's that such a large number of people believe that those specific games represent the entire media form known as "video games." It's like thinking that Lord of the Flies is the preeminent example of a work of written literature (For more fitting examples, take a look at this list) and then judging all other works on something someone told you about that one book.

Perhaps if the media form were given a name that did not include the word "game" (which has juvenile and/or unrespectable connotations and origins) it would be taken more seriously. This is a large philosophical issue and it is not for me to determine how we need to lexicographically change the way in which we refer to the medium of the video game.

The entire discussion presented here reminds me of a specific passage in the first European novel, Don Quixote. The chapter is titled, "Of the diverting and minute scrutiny performed by the curate and the barber, in the library of our sagacious hero" and consists of Quixote's "friends" removing all of the books from his house and burning them one by one:


While the knight was asleep, his friends came, and demanded of his niece the key of the closet in which those books, the authors of his misfortune, were kept. . . . [T]hey went into it in a body, house-keeper and all, and found upwards of an hundred volumes, great and small, extremely well bound. . . . The licentiate . . . desired of the barber to hand him the books, one by one, that he might see of what subjects they treated, because they might possibly find some that did not deserve to be purged by fire. 'There is not one of them, replied the niece, which deserves the least mercy, for they are all full of mischief and deceit.' (75)

The book-burners do look briefly at each book (and some they remember fondly), but in the end, as Don Quixote begins to wake up, they hastily throw all of the books onto the bonfire. I feel that this is what general society is currently doing with video games. Because some dislike the idea of specific games existing, instead of performing extensive research they decide that it will be easier to throw all of the games onto the bonfire and be done with it.

Finally, I want to remark that the irony of the conversation with my uncle was fairly extreme, since my brother and I were playing LittleBigPlanet, possibly one of the most innocent, educational, and creative games ever made. If ever a game inspired creativity in children and adults alike, it was LittleBigPlanet. But because of pre-conceptions about video games and their supposed lack of educational value, some people will never be able to experience the joys of games such as this one. 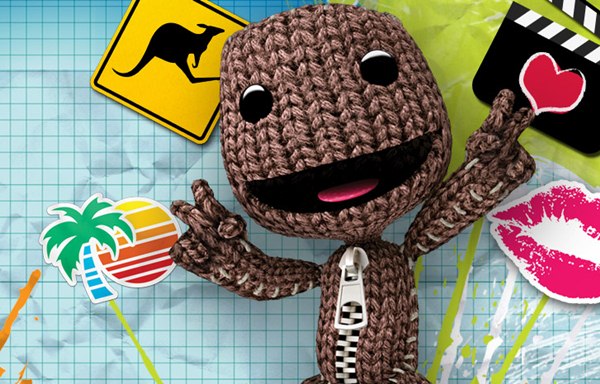