A Tale of Two Shops: "Hometown Story" vs. "Recettear"

January 22, 2015
Okay, I'm ready to admit this: over the years, I have become addicted, little by little, to Natsume's "Harvest Moon" series and all of its spin-offs. The "Rune Factory" games have become especially prominent in my home. I think I've made it fairly clear that my favorite game genre is the RPG (generally the most story-based genre), and that I especially favor J-RPGs. So, of course, I recently picked up the latest title in the "Harvest Moon" universe: "Hometown Story". I knew little about the plot and play style of the game when I bought it, but when I began the game it became clear that the gameplay is very straight-forward. 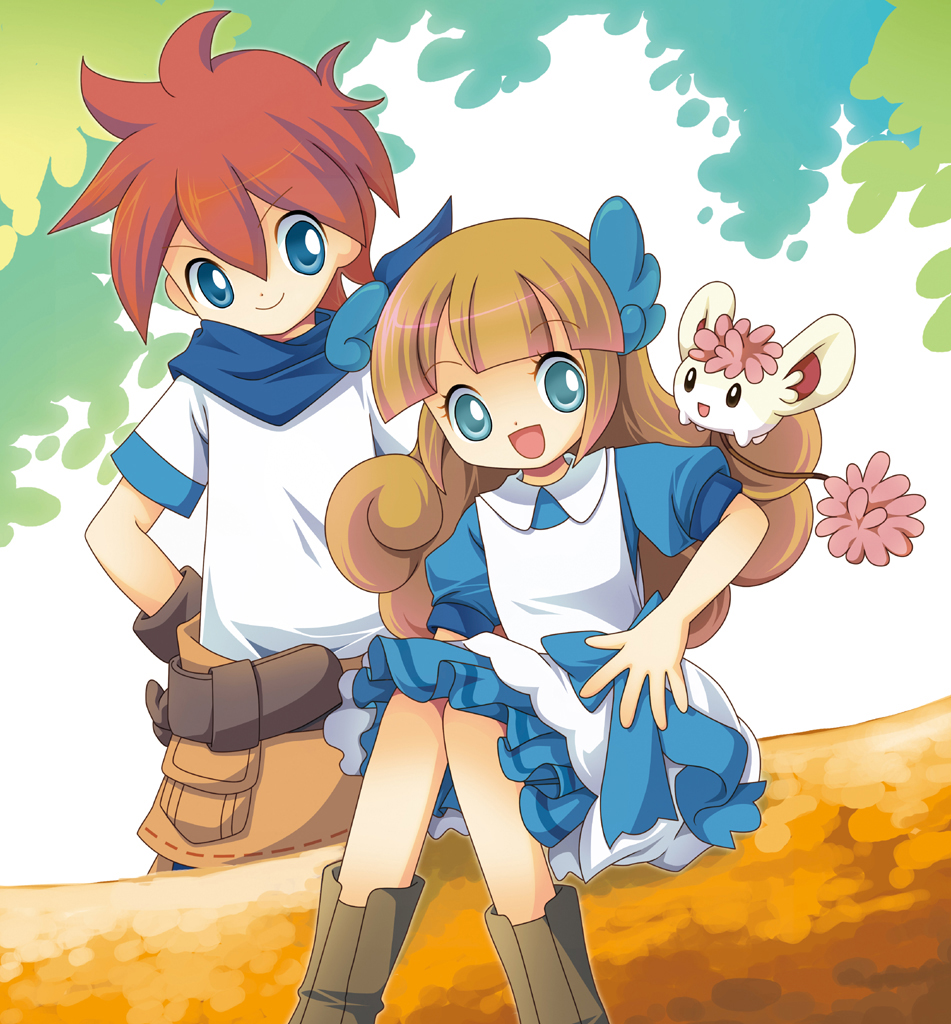 At the beginning of the game, your character arrives at a new town after receiving word that your grandmother (whom you don't seem to remember) has died. It is a pretty basic Natsume beginning. You must then meet the townsfolk and, ultimately, take it upon yourself to run your late grandmother's shop. The retail simulation is the main focus of the game, and there is often little reason to leave the shop at all, unless you want to look for things on the ground that you can sell. And really, this simple concept is enough to keep me interested... almost.
Unfortunately, prior to playing "Hometown Story," I had already played the indie underdog retail sim "Recettear: An Item Shop's Tale". In "Recettear", you similarly play as Recette, a character who must take over her family's business, but in this story the driving force is the imminent threat of bankruptcy, which comes with a skeptical fairy to hover over the protagonist's shoulder and remind her every day how close she is to destitution. In "Hometown Story" there is no such urgency, and though one may find this to be a good thing (it certainly makes the game easier), the lack of a clear goal actually makes the game more dull. There are many other minute, yet important, details that "Recettear" boasts and that "Hometown Story" clearly lacks. The selling mechanics in the shop, for example, are much more simple in "Hometown Story" -- there is no bartering system or percentage mark-ups on item prices (as can be found in "Recettear") -- instead, you just set a price and hope the item sells.
More importantly, however, "Recettear" leaves "Hometown Story" in the dust for two major reasons: 1) aside from the retail sim aspect, there is also an entire dungeon crawler side to the game. You can choose to spend all day in the shop, selling items, or you can hire a mercenary to accompany you in one of the many large dungeons found in the game. Here, in the dungeons, you can find items that you can either sell or synthesize into better items. 2) The storyline in "Recettear" is unbelievably good. The dialogue is filled with so many hilarious quips and the character development is so incredibly adorable, one might mistake this game as a G-Rated Nippon Ichi product. 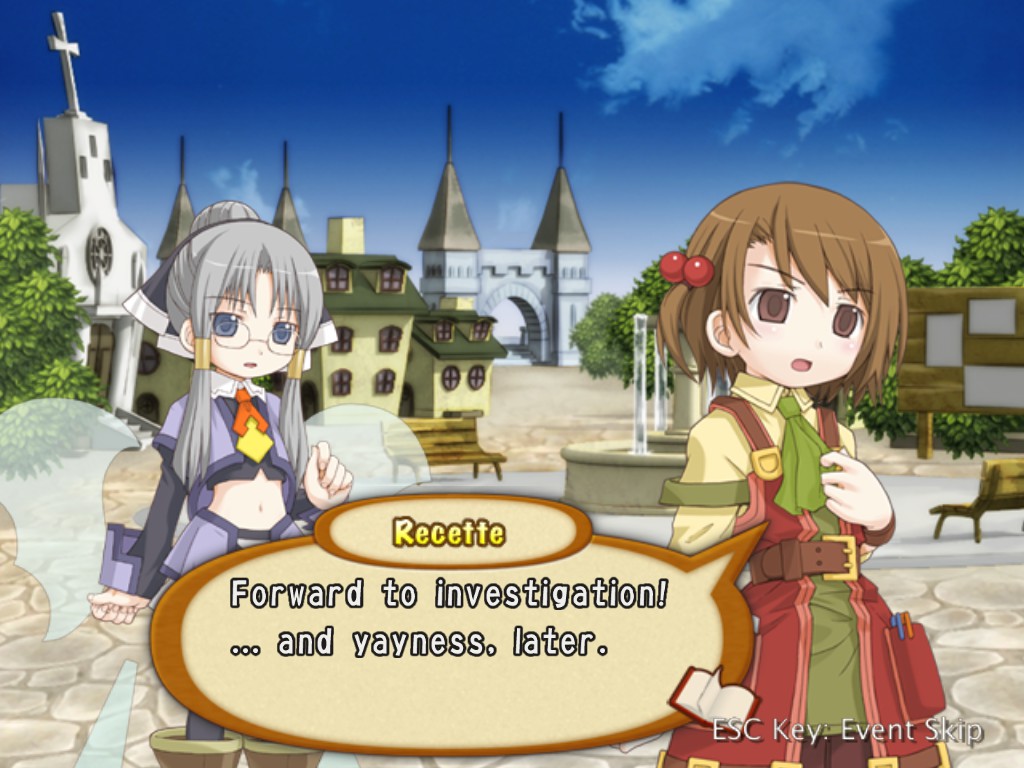 Why did I choose to write about these games, you might ask? Honestly, I've been playing "Hometown Story" and though it would still receive a recommendation from me (though it may be best suited for children), I am constantly wishing that it were a bit more like "Recettear" when I play it. I also feel that this is a good example of a small company performing significantly better than a more major, well known company (Natsume). Natsume may still be one of the less popular game companies in America (I was once told by a Gamestop employee that when a new "Harvest Moon" title is released they only order about two copies per store, since that's about all they expect to sell), but they still have a strong cult following. If they don't want to find themselves constantly upstaged by an indie game maker, they may want to put a bit more dressing into their future releases! Or just keep releasing "Rune Factory" titles. Especially on non-handheld consoles. Rune Factory: Tides of Destiny on PS3 is still one of my all time favorites. 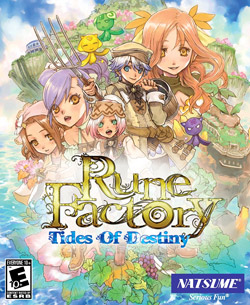